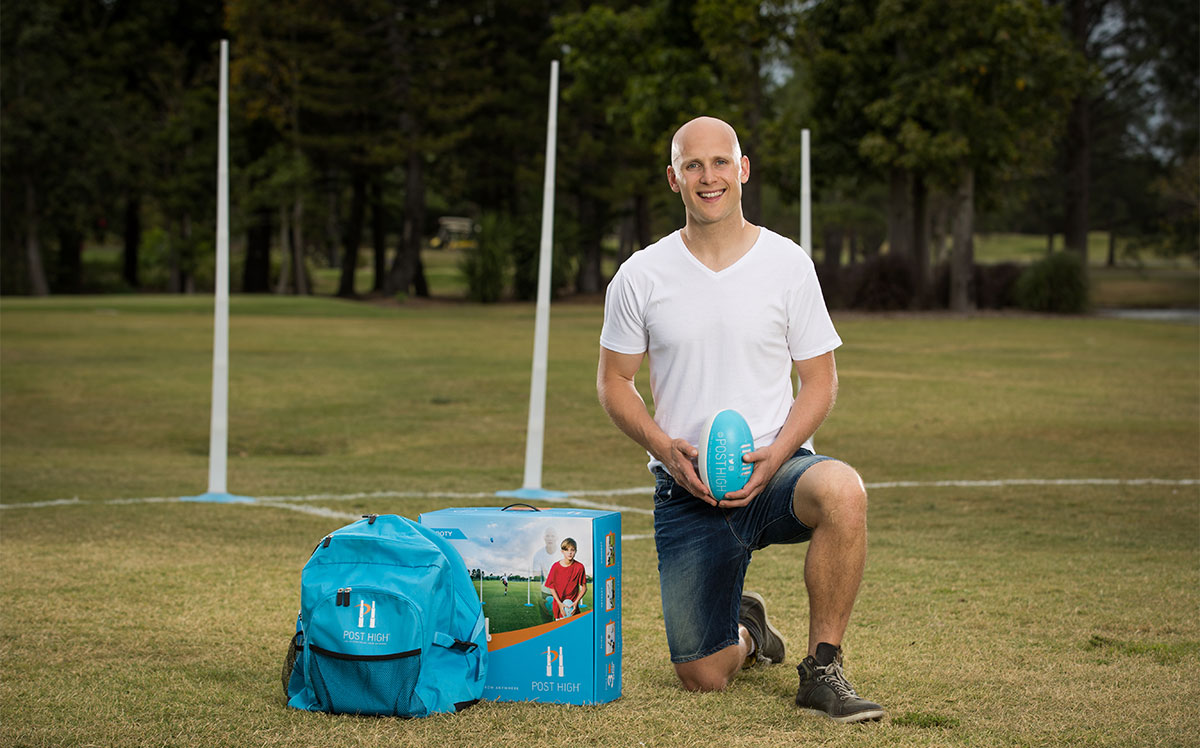 For AFL superstar Gary Ablett, learning how to perfect his now famous goal-kicking ability was never easy for the kid from Torquay, Geelong.

Before the player affectionately known around the league as “Gaz” became the two-time premiership player and dual Brownlow medallist, the Gold Coast Suns captain used to spend countless hours with brother Nathan (a former AFL premiership player in his own right) searching for suitable goal-post substitutes.

Trees, bins, jumpers, sticks – you name it they did it. All in the name of practising the classic goal-to-win-the-game-after-the-final-siren, according to Ablett.

“I can remember as young kid, alongside my brother (Nathan) if we couldn’t get down to an overall where there were footy posts we would use whatever we could find,” he said.

Now as he approaches his 16th year in the AFL, Ablett is determined to change all of the backyard bickering for the next generation of budding AFL stars.

The eight-time All Australian midfielder has teamed up with former AFL star and ex-Melbourne Demon ruckman Jeff White to launch Post-High; the world’s first ever retractable footy posts, giving kids an advantage over today’s AFL heroes who were without such a product when they were young looking to make it to the elite level.

“We’re thrilled to be launching Post-High, it’s all about creating a great product for kids that they can carry in a back-pack, take down to the park, set the goals up and have hours of fun,” Ablett said.

Best of all, thanks to a battery pack at the base of the posts, they even glow in the dark; meaning kids can practise their goal-kicking long into the night!

White, who launched the product alongside Ablett at a private launch party at Royal Pines, said he was delighted to see his vision come to life.

“It has taken years to plan but we are thrilled to finally be launching Post-High into the market,” he said.

“It has been a long journey; we have come a long way to where we are today…

“Hopefully when we look back in ten years’ time the product has evolved so much, so hopefully this is just the start of something special.”

Ablett is confident Post-High will assist in the promotion and growth of AFL in Queensland.

“I’ve been up on the Gold Coast for a several years now and I have already seen how much AFL has grown up here, and we’re hoping this product will help grow the game even more.”

Previous Post Gold Coast: Why we can’t get enough news! Next Post Why your business needs an integrated marketing approach